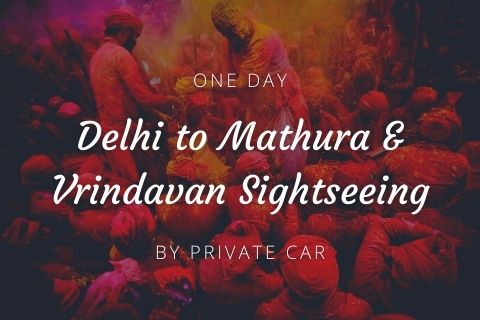 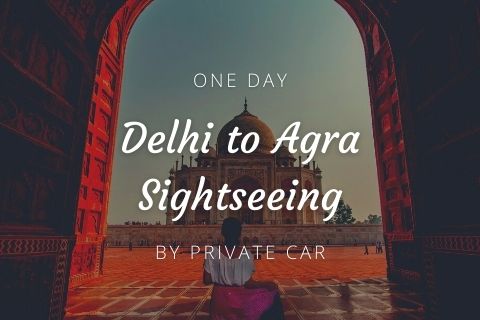 One of the main tourist attractions in Vrindavan is RadhaVallabh Temple. It is a symbol of the flawless love between Lord Krishna and Radha Rani which is often regarded as the rarest form of ‘Ras Bhakti’. It is the main shrine of RadhaVallabh sect and follows the ideology that Radha Rani is the supreme divinity.

The old temple structure (now known as ‘Hit Mandir’) was constructed in the 16th century under the reign of Mughal emperor Akbar by Sundardas Bhatnagar with the royal grant and blessings of Goswami Hit Harivansh Mahaprabhu, the founder of RadhaVallabh Sect.

The principal deity of the temple is Radha Rani, but one can not find any idol of the Goddess in the temple. The temple enshrines an idol considered to embody both Lord Krishna and Radha Rani, emphasizing that they have two separate bodies but are unified by one soul. ‘RadhaVallabh’ refers to Lord Krishna and Goddess Radha in one.

Here, Goddess Radha is represented by a crown placed near Shri RadhaVallabh’s idol. As per the popular belief, the one with devotion and purity in heart can get the divine darshan of the idol.

History and Architecture of RadhaVallabh Temple

As per the legends, the idol of Shri RadhaVallabh ji was given to the ancestor of Shri Atmadev Brahman by Lord Shiva for his devotion to the Lord. Later on, the same idol was passed on to Shri Hit Harivansh Mahaprabhu who placed it on the ‘Oonchi Thaur’ or high cliff on the bank of river Yamuna.

Things to do at ShriRadhaVallabh ji Temple

Age-old traditions and legacy make this RadhaVallabh Temple one of the most visited temples in Vrindavan. One can get a glimpse of a number of festivals held every year with unparalleled grandeur and faith.

Hitotsav: If one has not witnessed Hitotsav, then you are missing one of the grandest and most impressive celebrations of celestial love and devotion! It is the eleven days long festivities to mark the birth anniversary of Shri Hit Harivansh Mahaprabhu ji. The main attraction is the ritual of ‘Dadhi Kando’ in which curd marinated with saffron and sandal paste is sprinkled on the devotees.

Radha Ashtami: Another annual event at RadhaVallabh Temple is nine days long Shri Radha Ashtami festival to honor the birthday of Shri Radha Rani ji. It commences from the fifth day of Bhadrapad (August-September). You can be a part of this grandest ceremony and behold the spectacular commemoration of divinity in the lives of devotees.

Prabhu Vanchandra ji ki Dol: In the close proximity of Shri RadhaVallabh Temple is palanquin or swing of Prabhu Vanchandra ji who was the eldest son of Shri Hit Harivansh Mahaprabhu ji. One can see various performances depicting the ‘Ras Leela’ of Lord Krishna and Radha Rani at this place regularly. This place holds high reverence among followers of RadhaVallabh sect.

Unique Architecture of Shri RadhaVallabh ji Temple: This temple stands out because of its striking architecture which showcases the unusual blending of styles. This is one of the oldest temples built in red sandstones at a time when they were exclusively used in imperial buildings only.

It exhibits the presence of Trifolium (a gallery or arcade above the central part) which identifies with the Mughal architecture while the other parts are purely particular to Hindu architecture. It is probably the only temple in which a ‘Nave’ was built, which is very rare to find in today’s world.

One of the interesting facts about this temple is that there is no formal pooja or prayer offered to ShriRadhaVallabh ji, instead a meticulous seva is offered to the Lord in accordance with the season and time.

Best time to visit the Shri RadhaVallabh ji temple is from October to December and from February to April when temperature is comfortable throughout the day. The climate of Vrindavan is tropical extreme with hot summers and foggy winters, making it difficult for the tourists to have a comfortable visit during that time.

RadhaVallabh ji Temple is located in Vrindavan, approximately 12 kms from Mathura and is easily accessible by city buses and auto-rickshaws. You can also hire a private taxi from top car rental companies in Mathura-Vrindavan to reach the temple conveniently. The temple is almost 13 kms from the nearest railway station, Mathura Junction. The distance of the nearest airport (Indira Gandhi International Airport, New Delhi) from the temple is around 169 kms and can be covered in under 3 hours.

Pilgrims and devotees from all over the country are attracted to the legends and mystery surrounding this temple. One can witness the adulation of Lord Krishna and Radha Rani by their devotees at RadhaVallabh ji Temple.

Mathura and Vrindavan are often visited by devotees of Lord Krishna and Radha Rani. Book a Mathura Vrindavan tour package with us to visit these holy places and explore all the popular sightseeing places of Mathura & Vrindavan comfortably. At Mathura-Vrindavan Tourism, a division of Holidays DNA, we offer customised packages to our customers to select from, according to their preferences. Please fill the Contact Us form to know more.